A Division Of Olympus Controls 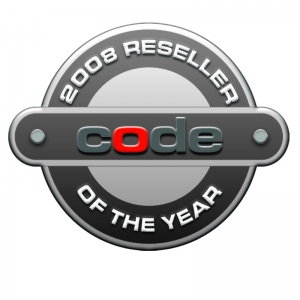 Bluffdale, UT - Code Corporation, a leader in bar code reader manufacturing, announced today that Pacific-iD has earned the 2009 Reseller of the Year Award, which is the second consecutive year Pacific iD has achieved this distinction.

The honor, given on an annual basis to Code's top U.S. based Value Added Reseller, is based on outstanding sales performance, excellence in customer support, and the ability to provide the right solution after rapidly assessing a customer's use-case. "Pacific iD is an exemplary case of a reseller who understands their customers, our markets, and the difference Code bar code readers can bring to their customer's organizations", said Guy Duersch, VP of Sales, Code Corporation. "To win this award consecutively is a testament to Pacific iD's commitment to provide comprehensive solutions...